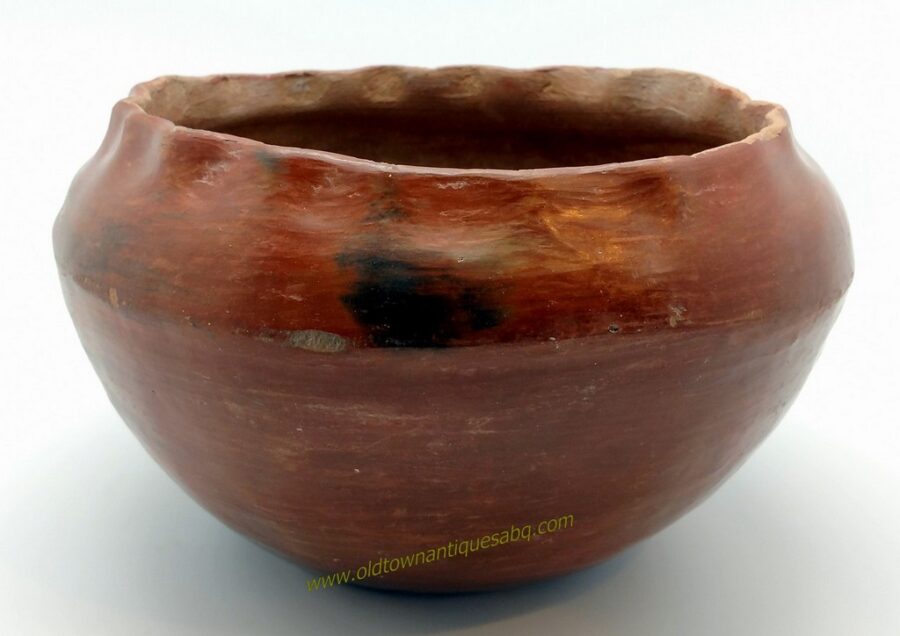 Email to a friend

A rare piece of Pueblo Indian pottery, an early 20th century polished red bowl.  Made by a potter at San Juan, now called Ohkay Owingeh, the bowl was a utilitarian piece and it has been used.

This old pot is typical of old traditional pottery of Ohkay Owingeh.  The bowl has a tan body with a polished red slip. Usual on old San Juan pottery, there are areas of shading and black ‘fire clouds’ that add to the visual appeal of the bowl. This potter decorated the pot by fluting the rim loosely, resembling most grandmothers’ pie crusts. The potter made a rather sharp shoulder defines the shape of the bowl that moves up into the ripply edge.  The polished surface is the dark red color of early San Juan pottery.  The deep red is a color of earlier San Juan usage, which later turned more orange in tone.